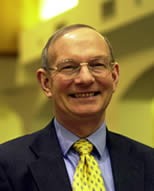 Our Honorary President, Sir Charles Pollard has written this week to The Times in response to their article of 26th May regarding offenders and apologies. The text of his letter can be read below.

Sir, It is good news about David Gauke’s reforms to reduce short custodial sentences, but your Leading Article (Saturday Interview, May 26) also raises an illogical idea, though a popular misconception, that such sentencing in future should include “an obligation to apologise to the victim”. There is no evidence that an apology induced by necessity or obligation results in a genuine, heartfelt apology likely to change an offender’s criminal mindset and behaviour.

That is why Restorative Justice, whereby offenders voluntarily meet their victims, works so well. The victim can directly tell the offender the nature and type of personal harm they have suffered, often leading to a heartfelt apology and an attitude change. There is cogent evidence that this reduces future re-offending significantly and helps victims to move on in their lives.

Past Ministers and the Ministry of Justice are to be congratulated on their implementation of this in recent years. It needs to be expanded in conjunction with the new policies to achieve the needed reduction of the prison population and less crime.